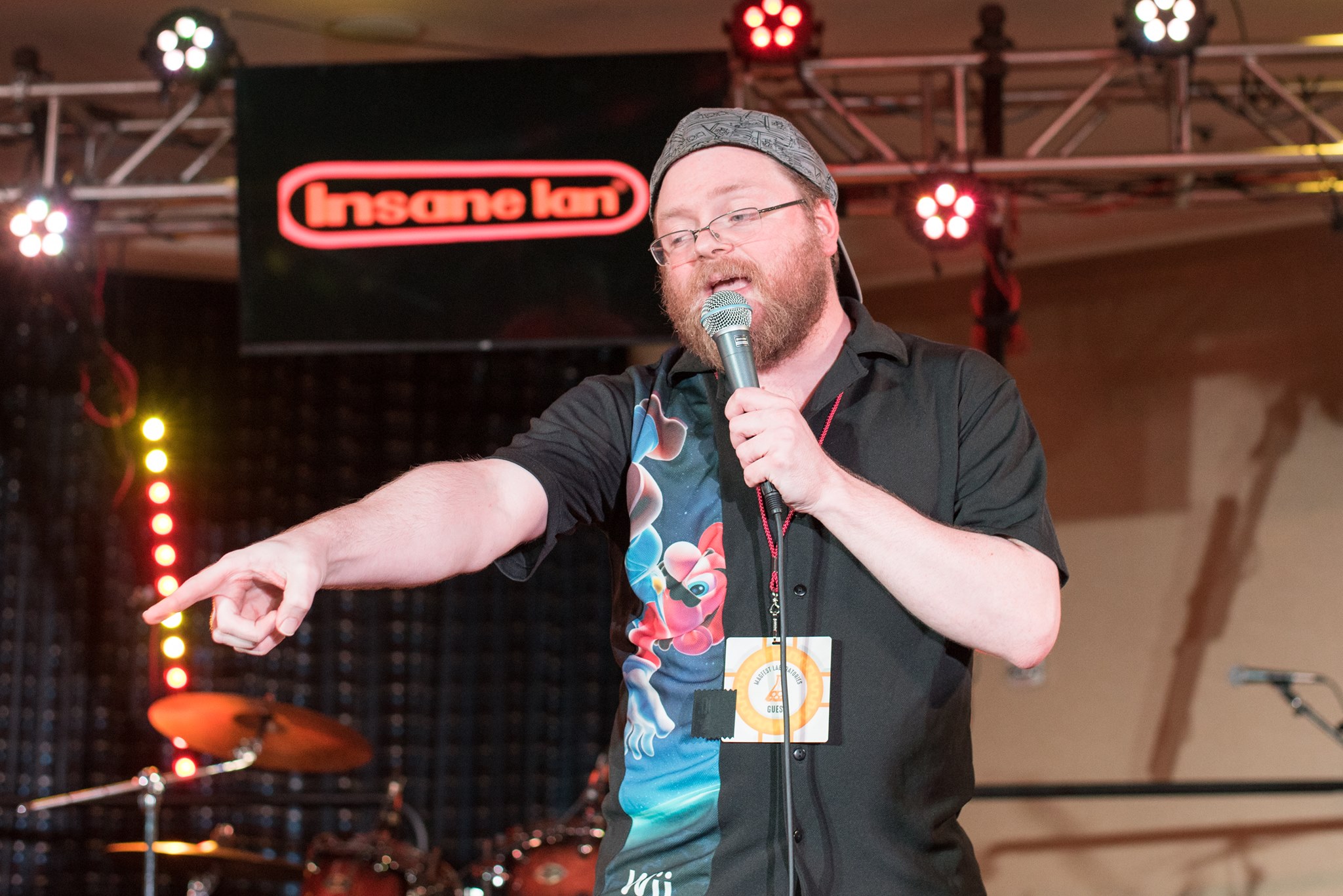 Insane Ian is a comedian/writer originally from Baltimore MD who has been in several bands and enjoys writing third-person bios about himself.

Insane Ian loves video games. He plays them, he reviews them, he collects them, he even writes comedy songs about video games. He's gone so far as to combine reviews and comedy songs into his video game "Reviewsicals" on YouTube. Just one look at Ian's Bandcamp page makes it obvious that Insane Ian is a comedy music juggernaut that cannot be stopped. Very recently, Ian hit a milestone in his career a long time in coming, as he had the #1 most requested song of 2015 on “The Dr. Demento Show”, the name-mangling Brit-tribute, “Benedict Cumberbatch”, sitting firmly atop the Doctor's year-end Funny 25. With a sharp wit, sarcastic smirk, and a bit of self-deprecation, he's here to bring his unique sound to anyone who won't tell him to shut up...and even a few that will. He now resides in the Chicagoland area. You should also take a moment and check out Double I's work on the FuMP SideShow

Shadow of the Dawn of the Rise of the Video Game Medley Part V: Origins - the Beginning HD

It's Hard Out Here For a Temp

Pictures of You EXPLICIT

I Bet I Can Eat More Waffles Than You

Use Your Words WITH LYRICS

You Better Watch Out

Over There with Electric Ron

Tuesday's Song (Is Not Yet Posted)

Back To the Future

Rules of the Road (radio edit)

Joss, Give Me A Season

featuring Devo Spice and The Stacey

I Hate My Job

Some Zombie by George Romero

Ultimate Epic Video Game Medley 3rd Strike: Revenge of the Return of the Rise of the Remake of the New Challengers

When The World Ends