Twenty-Six and a Half 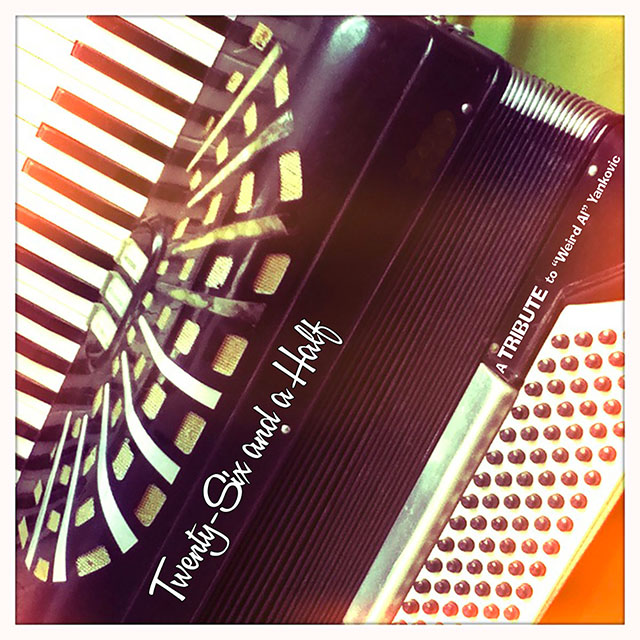 Twenty-Six and a Half

"Weird Al" Yankovic, what first comes to mind when you see those three words? I'm guessing you would say 'parody' or 'spoof'. The satirical work of the man known as Weird Al has been ingrained in the minds of our cultures for the past thirty years. With three Grammy awards won and over twelve million albums sold to date, it's hard to argue that Al is the overlord of popular music parody, and comedy songs in general.

Regardless of genre, Al has influenced a whole new generation of musical performers working today. It is with this notion that we have decided to bring together some of Al's most talented disciples to create a tribute to his vast catalog and wealth of parody and original songs.

He makes the best darn waffles this world has ever seen.

1. Everything You Know is Wrong by Steve Goodie

3. This is the Life by Double Down

6. Your Horoscope for Today by Lager Rhythms

7. That Boy Could Dance by Insane Ian

8. One More Minute by Raymond and Scum

11. I’ll Be Mellow When I’m Dead by Worm Quartet

12. Close But No Cigar by Smashy Claw

13. I Lost on Jeopardy by mc chris

17. My Baby’s In Love with Jon Bermuda by the great Luke Ski

18. Good Enough for Now by Marc with a C

19. Melanie by Shael Riley and the Double Ice Backfire